Board of Directors & Management

Board of Directors & management 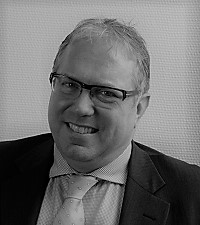 Michael Humle has many years of experience in management and particularly in the field of business development and market access. Before becoming CEO and Partner in Photocat he served as VP in SCF Technologies. Before that he has acted as senior management consultant, IMS Health and previously in various sales and marketing functions in the pharmaceutical industry. He was originally trained as an accountant in Ernst & Young. 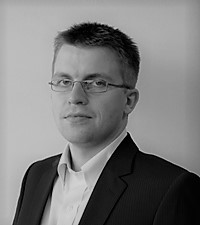 Henrik Jensen co-founded Photocat A/S in 2009. Henrik is inventor of the technology platform behind Photocat and was responsible for developing the technology from initial idea to commercial level. Henrik is Chemical Engineer and holds a Ph.D. within nanoparticle production from Aalborg University. He has more than 10 years of experience in bringing new technologies and new products to the market.

He is experienced in chemical industries and chemical production. Responsible for up-scaling of production technologies as well as implementing new application systems in existing productions. 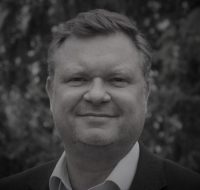 Henrik has a financial education and background from Danske Bank and IAA in International Marketing and communication.

Henriks vast experience includes a solid background in change management, strategy, international sales, and communication. He has worked with both national and international clients, within B2C, B2B, B2G and B2E.

For more than 14 years he built and managed a Nordic consulting company, MEC Access, which was acquired by GroupM (one of the world’s leading media investment companies). Henrik has subsequently been part of other startups within both tech and green tech. Henrik has also been CCO at Danish football club Brøndby IF and Head of corporate partnerships at Save the Children.

From 1 August 2022, Henrik joined Photocat as COO, where his responsibility is to further develop the ongoing business operations within the company, and develop the overall Nordic markets 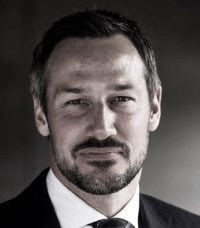 Jesper is Master of Science in Strategy, Organisation & Management and

Jesper Elsgaard has extensive experience in strategic optimization, brand/product launching, Life Cycle Management strategies, Governmental Affairs and strategic forecasting. Previously to Photocat, he was Partner in the Strategy and Public Affairs consulting house Szpirt & Company. Prior, Jesper has been the Global Head of Governmental Affairs at Bavarian Nordic for 7 years, Head of the North Europe Consulting team (Benelux, UK, France, Africa and Nordics) at IMS Consulting Group, Global Marketing Director at Novo Nordisk, where he was responsible for launching Levemir in 40+ countries across the world, and Management Consultant at McKinsey & Company where he participated in strategic and operational projects for top-10 companies in Denmark and EU.

Effective from August 2022, Jesper joined Photocat as CBO, Chief Business Officer with the overall responsibility for International Markets outside of the Nordics. 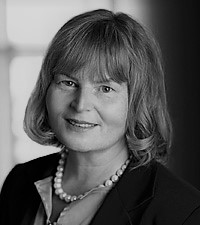 Chairman of the Board

Mette Therkildsen is CEO of Gribskov Forsyning A/S, and is Cand.merc, strategy and management and INSEAD.

Mette has always taken an interest in developing organizations commercially which has given her the chance to work with business development both in the larger companies and in smaller companies.

Now Mette is a Board Member of Nordkøb A/S and Board Partner at Munkeruphus.

Mette joined Photocat as a Board Member in 2011, and became Chairman of the Board in 2015 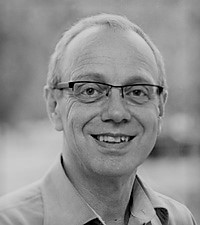 Tom is Investment Manager in Spring Nordic ApS, with a background as MSc. Civil Engineer, Batchelor of Economics.

His background includes experience as CEO in international companies working with surface treatments and responsible for innovation in a major packaging group.

Tom spends his professional life as investor in start-ups and companies in their youth. Tom’s vast experience in investing directly in companies combined with his deep chemical knowledge is for Photocat a highly valuable contribution, as new ideas and product concepts are effectively scrutinized in the early life.

Tom has been part of Photocat’s Board of Directors since 2012. Spring Nordic is handling the investments in Photocat for Fonden Spring Nordic and Impagt Invest Sjælland ApS. 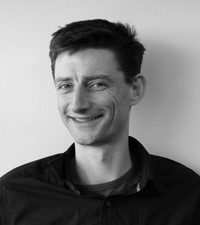 Theis Reenberg is a talented nano scientist within applied chemistry with several years of experience within organic synthesis. Theis has for the past two years worked with nanosized photocatalysis and especially with incorporation of nanoparticles in organic matrixes. Theis is one of the inventors of the Photocat ActiFloor technology and Theis was the main driven force taking the Photocat ActiFloor technology from lab scale to producing ActiFloors in commercial laminate floor factories.

Theis is also co-inventor on the technology for producing the nanoparticles for both ShineOn and ActiFloors. Theis is an Organic Chemist from Copenhagen University and holds a Ph.D. Degree within carbohydrate recognition in water obtained from the Carlsberg laboratory.

We use cookies on our website to give you the most relevant experience by remembering your preferences and repeat visits. By clicking “Accept”, you consent to the use of ALL the cookies.Privacy policy
Cookie settingsACCEPT
Manage consent

This website uses cookies to improve your experience while you navigate through the website. Out of these, the cookies that are categorized as necessary are stored on your browser as they are essential for the working of basic functionalities of the website. We also use third-party cookies that help us analyze and understand how you use this website. These cookies will be stored in your browser only with your consent. You also have the option to opt-out of these cookies. But opting out of some of these cookies may affect your browsing experience.
Necessary Always Enabled
Necessary cookies are absolutely essential for the website to function properly. These cookies ensure basic functionalities and security features of the website, anonymously.
Functional
Functional cookies help to perform certain functionalities like sharing the content of the website on social media platforms, collect feedbacks, and other third-party features.
Performance
Performance cookies are used to understand and analyze the key performance indexes of the website which helps in delivering a better user experience for the visitors.
Analytics
Analytical cookies are used to understand how visitors interact with the website. These cookies help provide information on metrics the number of visitors, bounce rate, traffic source, etc.
Advertisement
Advertisement cookies are used to provide visitors with relevant ads and marketing campaigns. These cookies track visitors across websites and collect information to provide customized ads.
Others
Other uncategorized cookies are those that are being analyzed and have not been classified into a category as yet.
SAVE & ACCEPT