We clean the air we breathe!
Our technology provides a cleaner air environment by reducing pollution in cities or other places where poor air quality threatens the population. Societies all over the world spend enormous amounts on health costs due to respiratory illnesses and early deaths. Our photocatalytic solutions help reduce these societal challenges by continuously innovating and pushing boundaries. 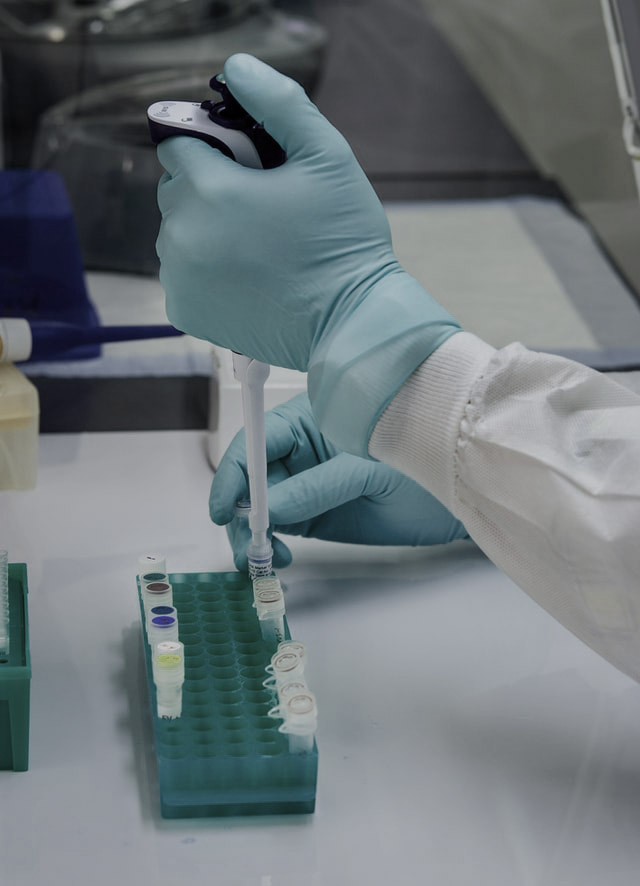 The photocatalytic process does the same as nature.
However, Photocat can provide a solution that accelerates the action by using the sun’s natural resources.

The initiation of Photocatalytic action is when the Titanium dioxide (TiO2) applied to a surface absorbs UV light. Once this occurs, Hydroxide (OH*) is produced, which acts as a strong oxidizing agent.
The Hydroxide will surround and destroy the dangerous air pollutants and organics: Nitrogen Oxides (NOx), VOCs (such as formaldehyde and benzene), other organics (such as E.coli., S.aureus, K.pneumonia, algae, and more). These harmful pollutants and bacteria are then disintegrated and turned into nitrate (NO3−), water (H2O), and carbon dioxide (CO2) and released into the surroundings without harming.
The proprietary solution and application method designed and developed by Photocat allows for a highly effective degradation process through a transparent application. Transparency is an essential aspect of our product innovation because it enables more surface materials to become photocatalytic without any cosmetic disadvantages.

Numerous studies show the degradation power of photocatalytic products and the benefits for the environment and population. The common conclusion, which is well adapted, is that this technology can solve air quality problems by reducing harmful pollution using photocatalysis and light. The technology behind Photocat’s products is documented by various EN and ISO standards and certified by the TCNA.

Our products are top performers within their category, representing some of the highest efficiency registered in laboratory tests and real life. The ISO 22197-1 results conclude that the efficiency is far above what is perceived excellent, both by internal and external 3rd party tests conducted by the renowned D-Tox laboratory in Hannover. Photocat’s products are well documented and validated: “The Photocat (bitumen) product belongs to the group of top products tested in this lab” (quote from D-Tox Laboratory).

Our technology is tested in a Round-Robin test between two university laboratories, an industrial laboratory and the Photocat laboratories. The leading professor in the field of testing photocatalytic products in Europe, Head of the Round-Robin test, Professor Bahnemann, University of Leibniz, concluded: “The variance between values from Photocat measurement and Leibniz measurement is absolutely acceptable and considered similar.” Professor Bahnemann stood behind the Japanese photocatalytic JIS standards adaptation and transferred them to the European ISO standards.

Prof. Bahnemann achieved the same results from his tests as the results presented by ourselves and until now, Photocat has performed around 4000 ISO 22197-1 NOx degradation tests. The testing is conducted both in our own laboratories and by third-party institutions. Furthermore, we test through TCNA according to ISO 27447:2009(E), which is the method for the antibacterial activity of semiconducting photocatalytic materials. These tests concluded that the tested (indoor)floor with photocatalytic solution applied reduced 99.65% of the tested E. coli, 99.63% of the tested S. aureus, and 99.7% of the tested K.pneumoniae. The results for the tested Photocat product were all calculated with respect to a base reference without catalytic effect.

The Photocat technology is, as far as known, the most tested technology when it comes to real-life tests. In Copenhagen airport, we conducted a two-year demonstration project. Our tests documented that the NOxOFF™ technology reduces the average NOx concentration by 13% overall at this site. Furthermore, we demonstrated that in peak hours for sunlight and NOx concentration, the effectiveness was up to a 24% reduction in NOx levels.

In 2018 we finalized a three-year study in Roskilde Municipality. The study found that photocatalytic technology is both a tangible and economically cost-effective instrument to clean the air in cities with life-sustaining NOxOFF treatment. We developed an optimized photocatalytic treatment for the asphalt surface in Roskilde. We enabled an in-situ set-up to test the activity of the photocatalytic treatment in the 3-year test period. After three years, the test results concluded that the photocatalytic NOxOFF treatment is stable over time, and the NOxOFF technology delivers an internal rate of return higher than 20%. NOxOFF is considered a highly cost-effective method of improving air quality in a city.

Photocat holds a substantial patent portfolio, protecting the NOxOFF™ and actiFLOOR™ technology and application method. Our solutions are available across four surface materials (concrete, bitumen, asphalt, and floors) in Europe and North America. To date, our technology is deployed across millions of square meters, degrading NOx and other harmful matters every day worldwide.

Our products are made in Denmark. 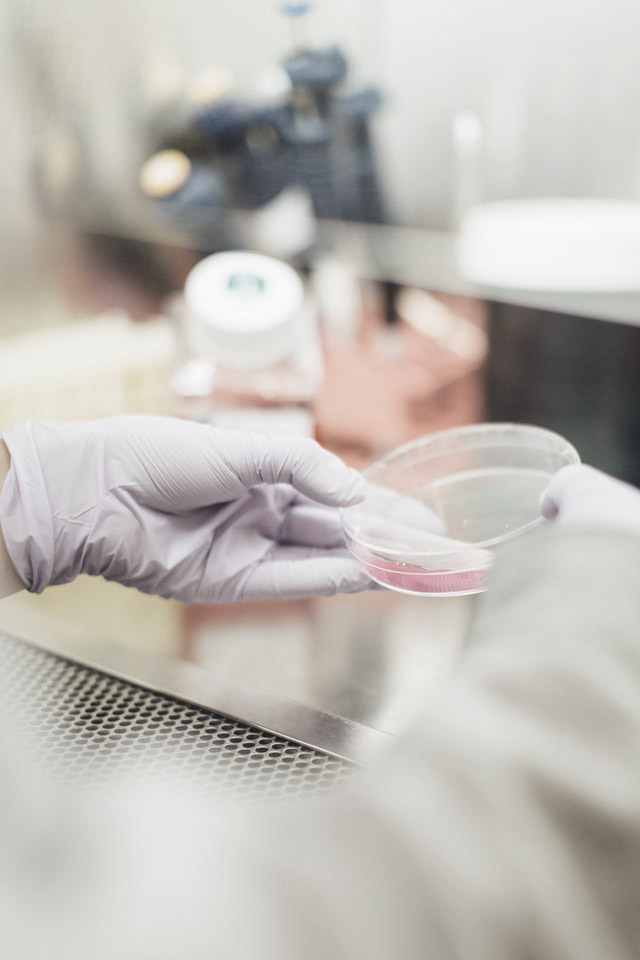 Extensive research- and in-situ projects tests and evaluations have been conducted over the last decade in several countries, including: The Netherlands (Castorweg – Hengelo 2008-2011), The Netherlands (Airport Schipol 2009-2010), The UK (London – High Holborn 2007-2010) and Sweden (Malmø – Admiralsgaten 2009-2010). Research institutions have initiated the projects and often in a setup that combines universities, city authorities, and commercial companies are created. The European Union has financially supported several projects.
A case study on the Maastunnel in Rotterdam in the Netherlands was presented in the (European Coating Journal in 2012). It is worth highlighting that this study shows that, without taking the societal health expenses into account, there is a payback time of only four years for photocatalytic products.

In 2016 the European Union published a report assessing the effect of photocatalytic concrete regarding degrading air pollution. It presents three cases, two from Denmark and one from Spain. Testing the technology in various places, adhering to different climates, is essential in characterizing the effect, which naturally is higher in southern European countries due to their higher degree of sunlight. The results of the three test sites were powerful, and the report writes:

“It is therefore clear that the high selectivity of the Light2CAT photocatalyst can turn into a major benefit for air quality by directly lowering the amount of NO2 in the air and indirectly by reducing the amount of ozone produced by NO2 photolysis (and followed reaction with molecular oxygen).”

The report found that the reduction in NOx ranged from 5% to 56.5%, with the most substantial results found in Spain. The tests were done in two stages (March to April and July to August). The results are highly affected by the time of testing and by location. The best performance in Denmark was an 18.9% reduction in NOx. The test site in Spain, Valencia, showed even more remarkable results, clearly showing the potential for this technology, reducing NO by 38.6 ppb and NO2 by 8.8 ppb (a reduction of 72.7% and 28.4%, respectively), reflecting a total decrease of 56.5%.

Photocatalytic technology is well documented and had a tremendous commercial breakthrough during the ’90s. The documentation of performance is robust and supported by ISO (International Organization for Standards) and EN (European Standards) standard tests, as well as being certified by TCNA (The Tile Council of North America) for showing substantial effect with reducing NOx and reducing the growth of microorganisms.

The photocatalytic mechanism was discovered in 1972 by Prof. A. Fujishima and Prof. K. Honda from the University of Tokyo (A. Fujishima and K. Honda, Nature, Vol 238, p 37-38, July 7th, 1972). They successfully split water molecules by photoelectrochemical decomposition of water under irradiation with light and without an applied electric power using a photocatalyst and sunlight. Later on, in the 1990s, a research group directed by Prof. A. Fujishima discovered the direct self-cleaning effect of photocatalytic technology. After that discovery, the technology became commercial (R. Wang, K. Hashimoto, A. Fujishima, et al., Nature Vol 338, p 431-432, July 31st, 1997).

Today, photocatalytic technology is a mature market technology, and it is a billion-dollar industry in Japan and abroad, with more than 100 million square meters installed per year. In 2012, Prof. K. Hashimoto from the University of Tokyo was one of the nominees for the prestigious Nobel Prize in Chemistry. But already in 2004, the prestigious Japan Prize was given to Prof. K. Honda and Prof. A. Fujishima for their discovery of water splitting by photocatalysis, the so-called “Honda-Fujishima effect” named after the two inventors. Thus, they pioneered artificial photosynthesis and hydrogen production as clean energy from water by using solar light. Furthermore, the development of the self-cleaning coating of TiO2 on a variety of surfaces is now creating a new industry of photocatalysts, which significantly contributes to environmental conservation. 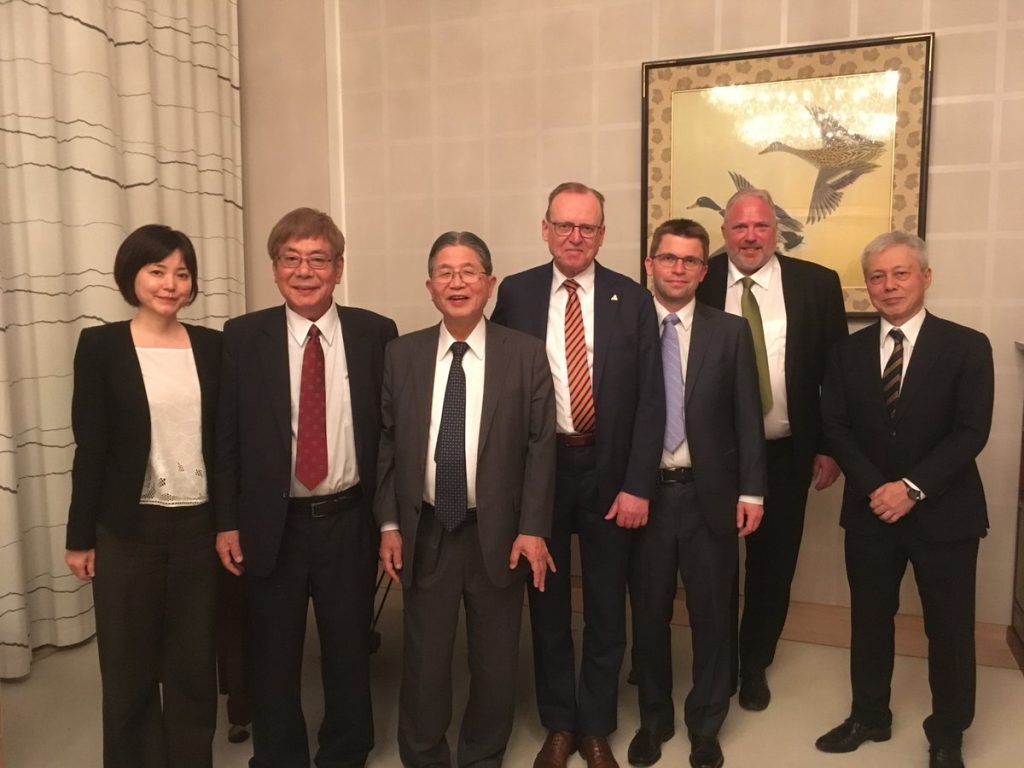 On April 24th, 2018, Photocat had the pleasure of organizing and hosting the event ‘Clean Air with Photocatalysis.’ It was an honor to present Professor Fujishima, the inventor of photocatalysis, as a keynote speaker. Professor Besenbacher, Aarhus University, Denmark, introduced Professor Fujishima, addressing the importance of the collaboration between universities and private companies. “That kind of collaboration can overcome the challenges that we see in our world today”, he stated. Professor Fujishiima presented his discovery of photocatalysis in 1967 and how this has changed the world and led to a revolution within intelligent building materials.
Picture: Professor Fujishima flanked (to the right) by Professor Besenbacker, Aarhus University; Photocat CTO Henrik Jensen; Photocat CEO Michael Humle; Japanese ambassador in Denmark, Mr. Toshiro Suzuki.
To the left: Visiting professor of Tokyo University of Science, President & CEO i U-vix, Yuko Morito and his wife.

We use cookies on our website to give you the most relevant experience by remembering your preferences and repeat visits. By clicking “Accept”, you consent to the use of ALL the cookies.Privacy policy
Cookie settingsACCEPT
Manage consent

This website uses cookies to improve your experience while you navigate through the website. Out of these, the cookies that are categorized as necessary are stored on your browser as they are essential for the working of basic functionalities of the website. We also use third-party cookies that help us analyze and understand how you use this website. These cookies will be stored in your browser only with your consent. You also have the option to opt-out of these cookies. But opting out of some of these cookies may affect your browsing experience.
Necessary Always Enabled
Necessary cookies are absolutely essential for the website to function properly. These cookies ensure basic functionalities and security features of the website, anonymously.
Functional
Functional cookies help to perform certain functionalities like sharing the content of the website on social media platforms, collect feedbacks, and other third-party features.
Performance
Performance cookies are used to understand and analyze the key performance indexes of the website which helps in delivering a better user experience for the visitors.
Analytics
Analytical cookies are used to understand how visitors interact with the website. These cookies help provide information on metrics the number of visitors, bounce rate, traffic source, etc.
Advertisement
Advertisement cookies are used to provide visitors with relevant ads and marketing campaigns. These cookies track visitors across websites and collect information to provide customized ads.
Others
Other uncategorized cookies are those that are being analyzed and have not been classified into a category as yet.
SAVE & ACCEPT